Residence Colombo in Viareggio is 102 Km far from Florence. Florence is an Italian municipality of 366,039 inhabitants, the chief town of the homonymous province in Tuscany. It is the eighth Italian municipality as for population and the first of Tuscany.
The city of Florence is the heart of the conurbation Florence – Prato – Pistoia that counts 1,500.000 inhabitants.
In the Middle Ages it was an important cultural, trade, economic and financial centre; in the modern times it has held the role of capital of the Tuscan grand duchy under the domination of the families Medici and Lorena. It was the capital of Italy from 1865 to 1871, after the national unification (1861).
It is an important university centre and UNESCO world heritage, it is considered the place of birth of Renaissance. It is universally regarded as one of the cradle of art/architecture and also known as one of the most beautiful cities in the world, thanks to the several monuments and museums – such the Cathedral, Santa Croce (Holy Cross), the Uffizi Gallery, Old Bridge, Piazza della Signoria and Palazzo Pitti.

Cave of the Wind

Join our Newsletter and be always updated about our latest offers. 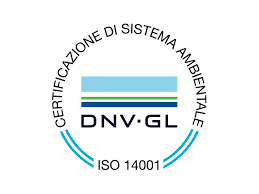